In a fortnight the world’s population will reach seven billion. 7,000,000,000 people. Just 12 years ago it was 6 billion. When I was at school it was a mere 4 billion (contrary to popular belief, I was not at school in the mid nineteenth century – that was just in 1975). But it’s not even the pace of growth that’s so stunning, it’s the absolute number as well. Can we feed and educate that number? Is there enough fresh water? Can we find enough jobs? Can we produce enough energy, in a sustainable way, to support that number of inhabitants?

Of course the problem is different in various parts of the world. In developed Western nations the 7bn milestone will be reached as governments face increasing problems of an ageing population and low birth rates. In China and India, government policies have already slowed what were recently soaring birth rates. It’s in Sub-Saharan Africa that the greatest challenges of rapid population growth appear. The regional population of 900 million could reach 2 billion in 40 years, accounting for half the projected global population growth over that time. The International Water Management Institute has predicted that by 2025 about 1.8 billion people will live in places suffering from severe water scarcity.

Another statistic caught my eye this week that shows how, even within that 7 billion figure, huge changes are happening. More than 20 of the world’s top 50 cities ranked by GDP will be located in Asia by the year 2025, up from 8 in 2007. 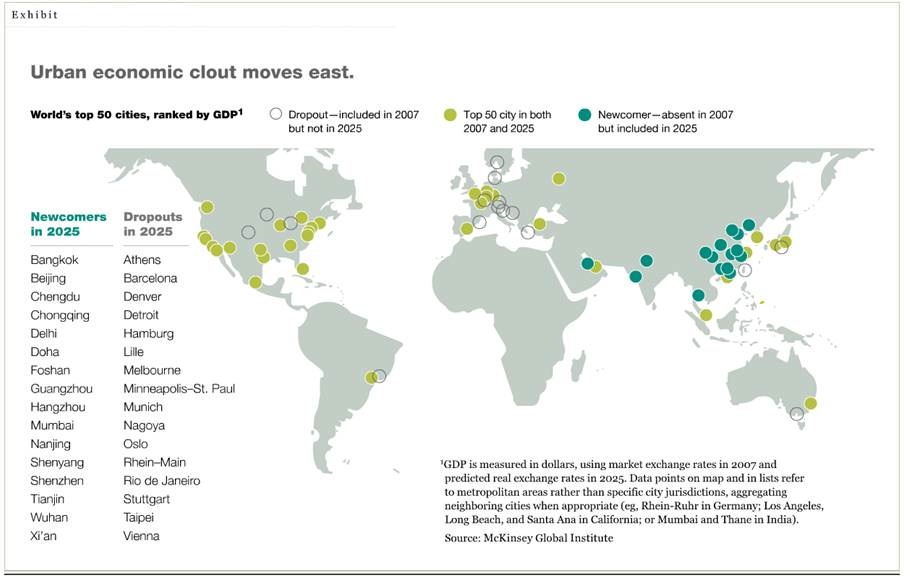 In this new landscape of urban economic power, Shanghai and Beijing will outrank Los Angeles and London, while Mumbai and Doha will surpass Munich and Denver. The implications for countries’ economic relationships, and the world’s sustainability strategy, are profound.

The United Nations forecasts that population growth will start to slow now, but the number of people in the world will continue to grow until it reaches around 10 billion (soon after 2080). Of course cities will become an ever more important part of how we might possibly accommodate so many people. Which means we will need to start thinking very differently about how we live together. 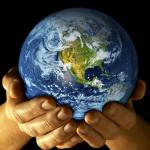 It’s probably the biggest challenge faced by mankind. And communications is the key. But somehow communications has yet to really step up to the plate to play its (critical) role in engaging people on climate change.

Last week I went to hear Lord (Chris) Smith, Chair of the Environment Agency, speak about the challenges we face in tackling climate change. He was eloquent, intelligent, coherent. But he talked about the progress and mistakes made by scientists, to a university audience that was familiar with the subtleties of data interpretation.

Lord Smith clearly believes that society will be persuaded by the weight of scientific evidence. I do not agree with him. Even six months ago 41% of Britons did not regard climate change as a serious issue. And then it got worse. One small part of the IPCC data (on Himalayan glaciers) was shown to be flawed. Skeptics seized on the poor data and the percentage convinced of the seriousness of climate change fell further.

Outside the lecture theatre, we in the communications community have failed to construct a shared belief in the reality and urgency of climate change. Many, perhaps most people, now regard climate change as a technical argument between scientists. People perceive the arguments polarized between ‘dogma’ and ‘denial’, between ‘the hair-shirted fringe’ and ‘the selfish rich’. Intelligent commentators describe their position as ‘agnostic’ to distance themselves from what they perceive to be religious fervor around the debate. And the man in the street feels the arguments are distant and irrelevant, impact upon us too far in the future, and decides to do nothing.

Communicators now need to engage the whole of our society far more passionately and effectively on this issue. We need to help people understand how tackling climate change could benefit our lives. We need to build public engagement across the political spectrum. We need to appeal to the collective imagination to understand how our actions determine our future.  And to do so we need to draw on all our expertise as communicators, rather than relying on the ponderous language of science alone to save the world.