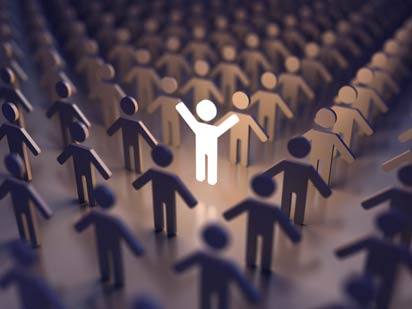 Incubation is suddenly hot again; accelerators are gearing up and hubs are the centre of the action. In the last week alone Telefonica (owner of O2) has launched its Wayra incubator space in London, while Orange and Publicis have launched a £250m OP Ventures fund to provide early-stage (start-up) and late-stage funding for tech companies. These arrivistes join an already established incubator “sector” from the pioneer and darling YCombinator, now arriving in London to replicate their huge success in the Valley, to locally-born and highly successful Seedcamp.

It’s not hard to see why multi-national giants like Telefonica and Orange want their piece of the innovation pie. Facebook’s IPO is set to be amongst the largest of the decade, Apple’s the largest company in the world, Google is still generating billions in profit. Whether you’re doing so to make money or re-vitalise your own in-company thinking, providing support to new start-ups seems to tick all the boxes. It should bring in fresh new thinking, attract new talent and re-invigorate existing talent, add to your share price and beats concentrating on the knitting.

But will it work – either for the multi-nationals or even for the start-ups? I can find no evidence that hosting start-ups re-invigorates a company’s portfolio. And listen to the “graduates” of YCombinator (the companies that have successfully grown since being incubated there) and they’ll tell you that it’s the energy and excitement of the YC founders as well as the environment, connections and alumni that make it such a uniquely valuable platform for a new company. Contrast that to the dominant logic of most large companies and I’d certainly argue they’re anathema to the vibrant, agile thinking that marks out successful start-ups.

I have never worked for Telefonica or Orange. They may be different; they might be able to make this work. But they will be the exception if they do. Generally, great new companies in the modern era are born of single-minded determination to beat the odds, driven by founders who won’t go through the hoops of investment committees and Board approval procedures, who just get on with it anyway. They do it because they want to bear the risk and reap the rewards themselves, not mitigate the risks and share the credit.

I am currently working on my fourth start-up. Of the first three, two were very successful and one much less so. But all of them were born of plans hatched over the kitchen table, in the breathless excitement of a couple of pioneers thinking they could beat the big guys at their own game. None of them was hatched in an incubator. None of them used VC- (or angel-) funding. What that meant was that we were free to focus where we saw the opportunity; able to spend our time building the business instead of looking for investment; able to act in an agile way. We made plenty of mistakes, and perhaps with different advice we would have made fewer, but the mistakes often went on to help us be successful.

In between those start-ups I have worked for large companies. And I have never seen the start-up mentality of the adopted child be taken on by the parent. Even where everyone in the parent company wants a culture change, it’s asking too much of the start-up to be anything more than a catalyst.

So my experience tells me that the culture of the large parent and the small start-up are and will remain mutually exclusive.

It’s not that I want the huge ambition of Telefonica and Orange to fail. I would dearly like to be proved wrong on this, because I agree with the sentiments that lie behind the plan: “We have an entrepreneurial deficit in the EU,” said José María Álvarez-Pallete López, Telefonica’s chairman and CEO, as he unveiled their incubator plan: “It’s not part of the mindset. If we do nothing, all the talented people will emigrate to the US and innovation is not going to happen in Europe. If you look at the biggest listed technology companies in the world, none of them are based in Europe. It’s worrying.”

It is worrying. And the problem needs a variety of solutions. My first start-up was in the US in 1986 and my entrepreneurial ambitions have never looked back. I, for one, would advocate sending more of our budding entrepreneurs around the work to stimulate truly global thinking. And then adopting a variety of solutions to seeding innovation here in Europe. Yes, we need specialist incubators and we need Angel investors and even VCs who can spot opportunities. But more than anything we need entrepreneurs who refuse to conform, who are motivated by cocking a snook at the established way of large companies. So let’s not assume that large companies can attract those entrepreneurs to work for them Let’s just not put all our eggs in one incubator.

Yesterday Business Insider published their 2011 Digital 100: The World’s Most Valuable Startups. The top 100 are ranked by estimated valuation. The top 4 contains no surprises – Facebook, Zynga, Groupon and Twitter. A couple of small surprises feature in the rest of the top 10 – sites like Wikipedia (difficult to value a non-commercial organisation) and an analytics company called Palantir which I hadn’t heard of before.

Least remarkable was the dominance of Silicon Valley addresses. Now and again start-ups from outside the Valley pop up – Chicago, Washington DC and Paris all feature as top ten start-ups’ locations. New York, Finland and Sweden appear in the top 20. Seattle, Moscow and Shenzen, China feature in the top 50.

You’re probably seeing where I am going with this now – looking at home. You have to get to number 65 to find the first British company – Mind Candy, the founder-owners of Moshi Monsters, has an estimated value of £250m – and then on to number 86 to find the second – miniclip.com, an lesser-known online gaming company. One more – Shazam – at number 91 and that’s it from the UK.

Now there are plenty of countries without a single company in the top 100, so maybe I am being harsh on Britain. But then maybe not – how is it that a country with such a rich seam of creativity, with such an apparently vibrant tech scene on the street, cannot manage to grow companies to any significant value – or at least not more than three? Google’s Eric Schmidt was in Edinburgh last month blaming it on our education system not turning out engineers. And there’s a broader view that British entrepreneurs tend to sell out too early, before their companies reach the nine-figure-plus valuations that get you soaring up this sort of list.

Whatever the reason, we’re punching below our weight on the world start-up scene and we need to work harder on finding the reasons why…