Let’s face it. Plenty of us cyclists love a new piece of kit. It seems half the people I ride with start most sentences with “have you see the new …”.

So I shouldn’t be surprised when my post earlier this week about Cycling Innovation got quite a few responses talking about other favourite improvements on bike accessories. So here’s an update on some more cool stuff to spend your money on:

The Blaze bike light, from Britain, featured in my last post. Well cool new bike lights are clearly hot to work on at the moment. Revolights, based in the San Francisco Bay Area, have come up with a brilliant idea – two narrow rings of 12 LEDs clipped directly onto each side of the wheel, white LEDs on the front wheel and red at the back (picture above). A small, fork-mounted magnet and an integrated accelerometer provide speed and orientation data to the rings. So only LEDs on the part of the ring facing forward (at the front) or backwards (at the back) actually light up.

This gives the lights the appearance of a pair of brackets that stay in the same position even as the bike moves forwards. The idea is both to ensure 360deg visibility of the bike, but also for the front light to cast a better light onto the road ahead by being closer to the road itself than handlebar-mounted lights.

Like many good innovations, simplicity underpins the idea behind the Koala Bottle, also from the USA. Simply by putting a magnetic ring around a cycling water bottle. it does away with the need to get the bottle in and out of a normal cage. You don’t have to take your eyes off the road to put the bottle back in – it firmly attaches using a magnet. 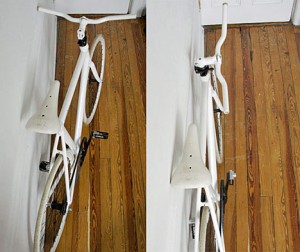 My last favourite (for today) is from Graham Hill, founder of TreeHugger.com. Graham has , teamed up with bike manufacturer Schindelhauer bikes, to develop the ThinBike as a solution for those who need to leave their bike in the hall at home or in a corridor at the office. The width required to store the full-sized urban bike goes down from 21 inches to 6 inches as the handlebars fold in line with the frame, and the pedals fold up.

Kickstarter was the original crowd-funding platform. It brought consumers, funding and publicity to thousands of tech projects in its early days. So it’s hardly surprising that some brilliant (and some pretty left-field) cycling innovations are now finding their way onto the market thanks to the spotlight and funding Kickstarter has brought to creative new ideas.

Top of my list of Kickstarter cycling favourites is a London start-up, Full Windsor, and the beautifully-named The Nutter. Like all good innovation, they’ve taken something complex (the toolset you need with you on the bike) and made it simple, awesomely simple. With over three weeks still to go on their fund-raising, they’ve already raised more than £23,000 on Kickstarter (against a target of £8,000). 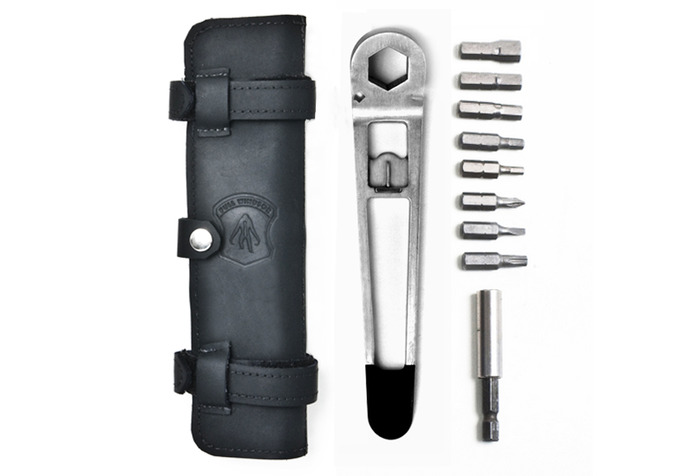 The Nutter manages to squeeze a multi-tool, spanner, and tyre lever (and even found room for a bottle opener) into a small pouch, made partly of recycled inner tube, which will fit under the saddle. Beautifully designed, well thought through.

Another favourite of mine is the Blaze bike light. Blaze closed their Kickstarter call for funding at Christmas, having raised £55,000 – more than double their target.

Their innovation was to build in to a powerful front light a projector that casts a bright green neon image of a cyclist about 5 metres ahead of the bike. Lorries, cars and buses turning out of a side street or failing to see a cyclist in the blind spot of their mirror, each now see the green neon image. Blaze is also from London (I’m not trying to favour the British here, I just think both of these are great).

Next up is the ONDA cycle . Is it a stunt tricycle? Is it a recumbent? They argue it’s “Not a bike or board. Redefining the way you move. 3 Wheels, 2 Pedals, and YOU. The most daring machine you’ll ever ride. Guaranteed.” 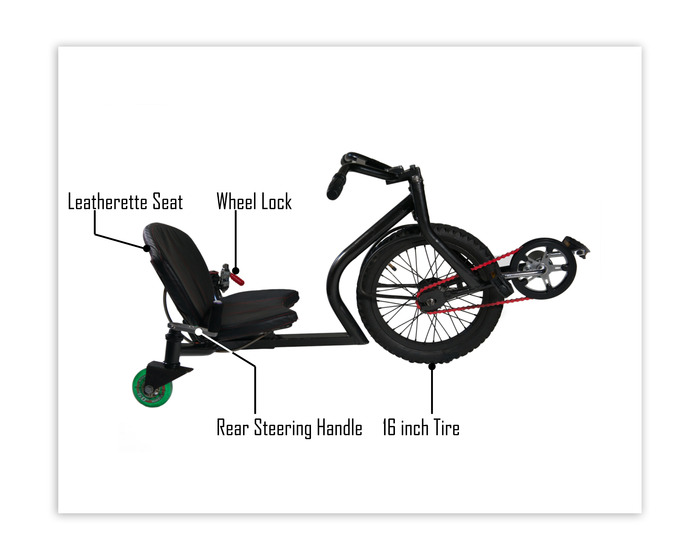 I am not going to argue it’s not innovative, but I won’t be trading in my road bike any day soon. Some clearly love it – ONDA has already raised half of its target of $30,000, with 17 days still to go to get to the minimum funding figure. And nearly 50 people have pledged the $350 or so for one of the first models produced.

Not all the ideas on Kickstarter are so successful. The Road Bug Bicycle Engine Kit – a motor to attach to the luggage grid to get you up hills, gained less than 25% of the $20,000 funding it needed to go into production.

Other ideas range from the functional – the Badger 360 degree LED jacket does what you’d expect from the title by embedding hi-vis LEDs into a hi-vis jacket – to the fun – Pushing Pedal Pops is a “gourmet popsicle bike cart” designed to bring healthy treats to the citizens of Richmond, Virginia. And there are dozens more ideas looking for cycling fans’ support.

Kickstarter is enjoying huge growth at the moment. After funding projects to the tune of $80 million on 2011, that figure rose to $274 million in 2012. Whilst not every project seeking funding could be classed as genuine innovation, it’s great to see good ideas being brought to market in this way.