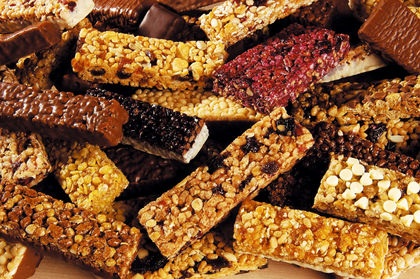 “We are a nation of lazy porkers”, I was reminded on switching on the radio this morning, which is leading to an epidemic of Type 2 diabetes in ever younger people. As a society we are addicted to sugar. And it’s getting worse.

Well not me, I thought smugly. Me and my cycling, running, skiing friends are about as far away from “lazy porkers” as you can get.  But does that mean that we don’t have a sugar problem?

When I leave the house to go for a longer ride on Sunday morning I will have stuffed my jersey with three energy bars, as well as a banana. I’ll have an isotonic drink with me.  Between them I have just counted not far short of 30 teaspoons of sugar.

Of course I’m convinced I am burning it all off again in a 100-mile hilly ride. I am no porker, I think to myself. I have the lean frame of a road cyclist.

But maybe I am missing the point. I remember a pro cycling coach telling me last year that a single piece of chocolate cake could undo the benefits of half a day’s training for his elite athletes. He was arguing for me to drop the pre-made isotonic drinks and stick with water/hydration tablets and fruit juice. Even milk was pretty good after a hard training session.

The UK’s Food Standards Agency says we should eat no more than 60g (about 15 teaspoons) of sugar a day, but the UK average is already 20 teaspoons and climbing fast. The problem for many (I include myself) is not realising how much sugar is in the foods they don’t think of as sweet – it is added to bread, ready meals, pasta sauces and breakfast cereals.

Even when, as an endurance athlete, you’re burning it off again, that doesn’t mean the sugar isn’t doing you harm. A constant intake of sugar forces your pancreas to work overtime, possibly increasing your likelihood of type-2 diabetes in later life. And it can play havoc with your cholesterol levels, raising the risk for heart disease. And most worrying of all, a Swedish study published in the American Journal of Clinical Nutrition suggests drinking two or more sugary drinks a day can increase your risk of pancreatic cancer by 90 per cent.

Research in the Journal of Science and Medicine in Sports found when a runner consumes high-glycemic (Gl) foods, like white bread, ice cream, or high-sugar energy bars an hour before a run, he or she may become fatigued more quickly. In the research, athletes performed significantly better 45 minutes after eating a low-Gl meal (like an apple with peanut butter and oats) than a high-GI meal. Eating the high-Gl foods an hour before a run was causing athletes to experience a sugar crash, while the low-GI foods were carrying the runners farther and faster into the run.

The answer for most cyclists and runners will not to be to embark suddenly on a crash no-sugar diet. But it is probably time to pay more attention to how much sugar and what kinds of sugar you do eat. It’s about realizing that even when you cycle 100 miles or run 20 miles this weekend, there’s still a reason to read the ingredients list on the wrapper you’re about to eat in one gulp to keep you going.