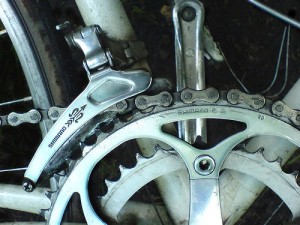 Growing interest in cycling has accelerated since the Olympics and here in Bath, like many other cities across the UK, cycling’s role in an integrated transport plan has been boosted as more people campaign to make it a safer and better city to ride in.

Tonight, I’ll be joining other cyclists at a meeting in the city to discuss how best to invest the additional £500,000 the local council is making available for cycling infrastructure in the next year. There are already two projects under way to improve cycling provision here – the Two Tunnels cycle route is opening to the south of the city on 6th April, and a brand new off-road track is under construction at Odd Down.

Later in the summer the second Bike Bath festival takes place, after a fantastic inaugural year in 2012. Alongside the rest of the KPS 1000 team, I’m signing up for the ‘Centurion’ rides – two rides of 100 miles each on consecutive days. If that doesn’t put us off riding to John O’Groats in a week, then nothing will!

Time to sort out the blogs. From now on, this blog is going to stick (more or less) strictly to two wheels. Dedicated to cycling. And cycling marketing, business, ideas.

Not so far away is the KPS 1000 blog, authored by me but reflecting the joint endeavour of the 12 or so riders cycling from Bath to John O’Groats in July 2013.

My personal business ideas will continue unabated at neilmorris.wordpress.com. And those about agile innovation at the Foundry.

Good. Time to get into first gear.