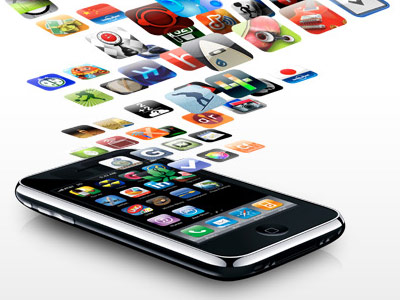 Tweet. Buy. Sell. Watch TV. Play games. Take pictures. Upload pictures. Read a book. Play chess. There was a time when your mobile phone was about voice calls and texts. Now it’s about every form of media in your pocket. And every form of marketing.

This week the great and good of the mobile world gathered for the annual Mobile World Congress in Barcelona. During the week we heard that: smartphones had outsold PCs for the first time; the tectonic plates of Nokia and Microsoft moved together; and the facebook phone launched.

That last point is important because on mobile, as everywhere else, it’s all about social media. 50% of UK mobile internet traffic is for facebook. Stop – read again – that’s 50%! And this is where marketers will increasingly focus their thinking. The overlap between social and mobile.

It was only recently that mobile marketing moved out of the innovation labs. But today there are 75m mobile subscriptions in the UK – for just 60m people. Even today, 24% of those are smartphones, but by 2015, 75% will be smartphones – mobile computers capable of doing more than a 1980s supercomputer the size of a factory.

“Mobile will become a powerful advertising medium”, said Sir Martin Sorrell in Barcelona earlier this week, with the apps market alone tripling in size to $15bn in a year. I think we all recognize the immense power of the medium – now we need to find ways of engaging with the mood, mode and context of mobile users in a way which makes messages relevant. We need to do no less than re-invent marketing for a mobile world.